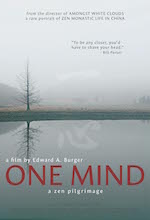 Edward Burger is a documentary filmmaker. He grew up in a small Ohio town, spending long days in forests and fields. His microscope was his favorite toy. He would trade it in for a camera lens much later in life.  Edward studied Religious Studies at The College of Wooster and studied Buddhism abroad with Antioch University in Bodh Gaya, India.  During that time he travelled to Myanmar and temporarily ordained as a monk for one month’s time, a common tradition for young Burmese men of his age - and a pivotal experience that fueled his fascination of and commitment to East Asian culture and spiritual practices.

Following graduation, Edward moved to China, where he would live for 12 years, and learned to speak and read Mandarin. Hired once as an interpreter on a film set, it was then that he picked up his first camera and learned about film production. Edward then convinced his parents to buy him a now classic Sony PD-150 DV camera and he went off to the Zhongnan Mountains to direct his first feature documentary film - Amongst White Clouds.